I eventually wound up as part of a combat team, the 166th infantry, patrolling a 14-mile stretch of beach in Galveston Bay, Texas. 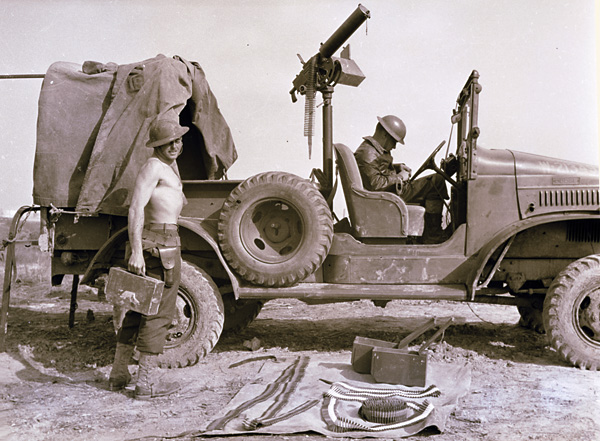 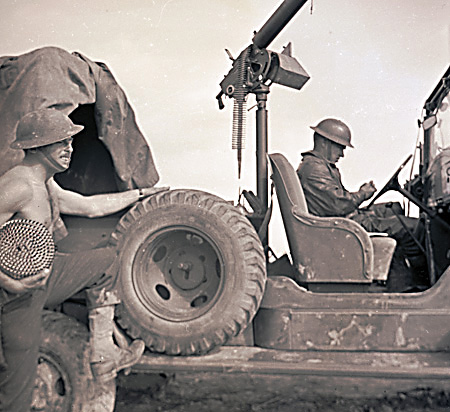 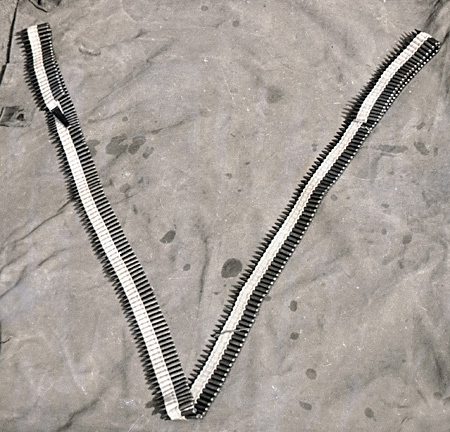 Ammo Belt in "V for Victory" 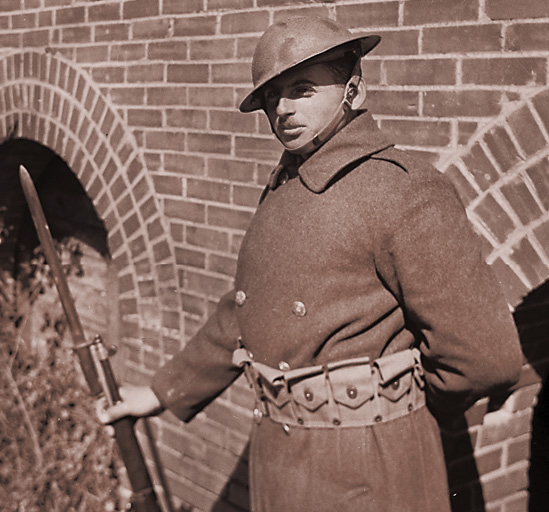 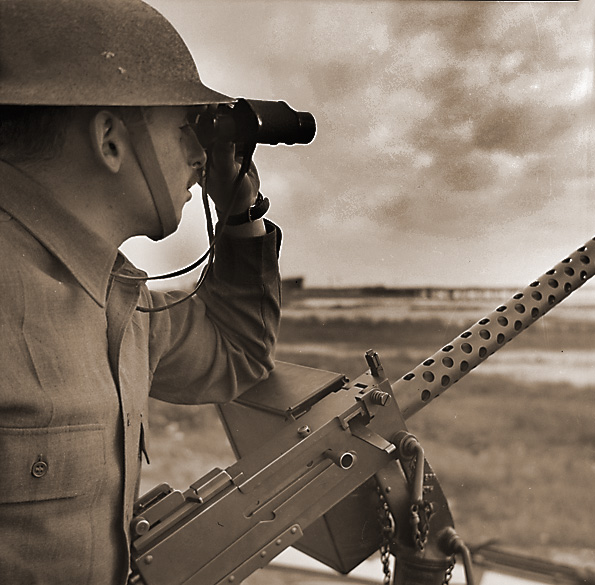 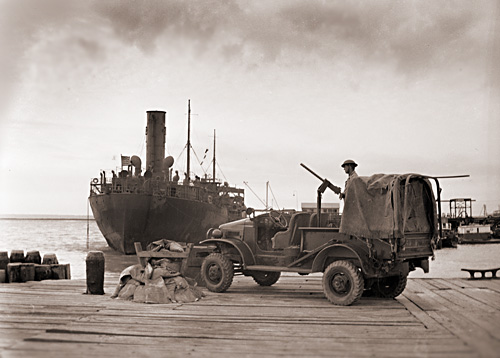 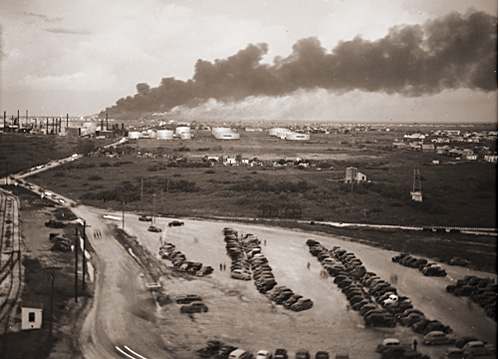 Sunk in the Gulf of Mexico by a German U Boat; '42

The only tin smelting plant on the entire east coast was situated nearby, and it was strategically valuable because they used the tin to line our rations cans, among other things.
Shore Patrol, covering 14 miles of sandy beach in full combat gear is no picnic; carrying over 50 pounds of stuff, your soggy boots sink into the sand, and you get tired out quickly! One day, while patrolling past a factory, one of the guys commented, “What the hell’s that awful smell?” “Why, that’s the dog food factory.” “ Hmmm, I bet they’ve got plenty of horses in there.” Well, next day a couple of the squad went over, we sent farm boys who knew all about horses and such; we chipped in out of our own pockets, and we ended up buying 12 scraggly horses for around $18 each! I was pretty friendly with the Quartermaster, and it turns out he’s got some old saddles stored up in wax since the teens, when the cavalry was chasing Poncho Villa around Mexico! So we get a dozen of these old McClelland saddles, scrape off the wax, and we’re good to go, except that most of us city slicker types have never been on horseback before, and don’t know the front end from the back! 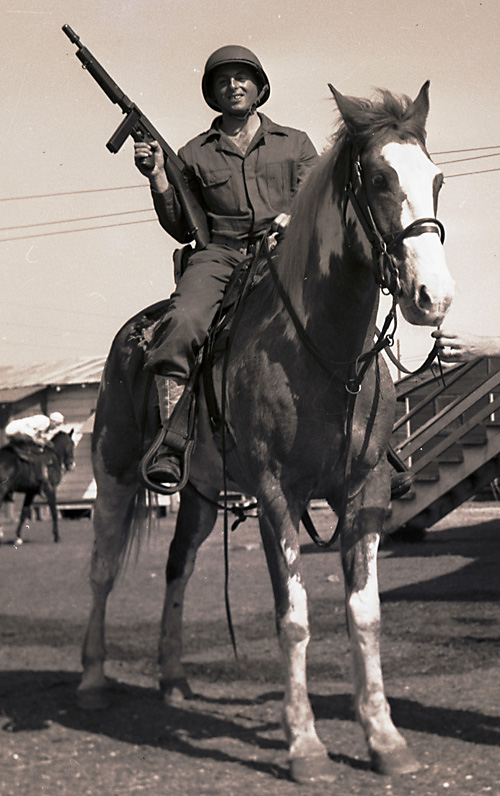 In the photo, you can see a hand from the side holding the bridle, even though I look pretty tough, I was still a ‘greenhorn’! Each day I approached my horse with a gift of a packet of sugar from our rations, they’d eat it paper and all! And I never had any trouble from ‘em! One of the boys was a ‘Hot-Rodder’, a grease monkey who souped up cars; he never could get along with the horses, he called them ‘flesh Jeeps’; and they always threw him off! (He eventually wound up in the Motor Pool, where he belonged, an unusual case of the Army actually putting a man’s natural talents to good use!) 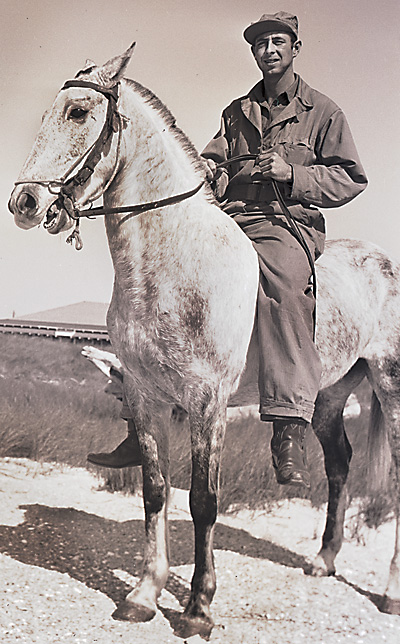 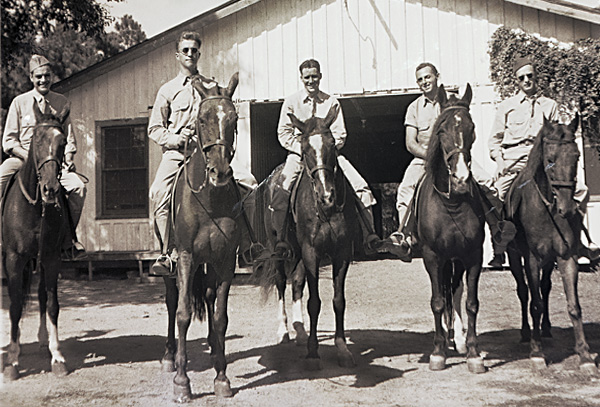 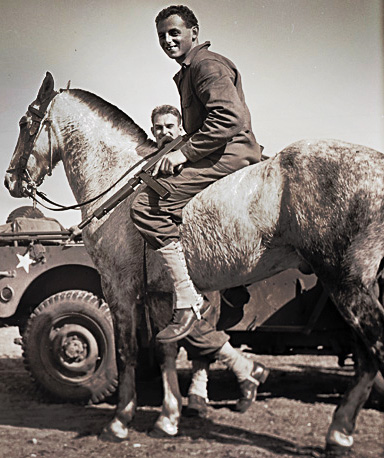 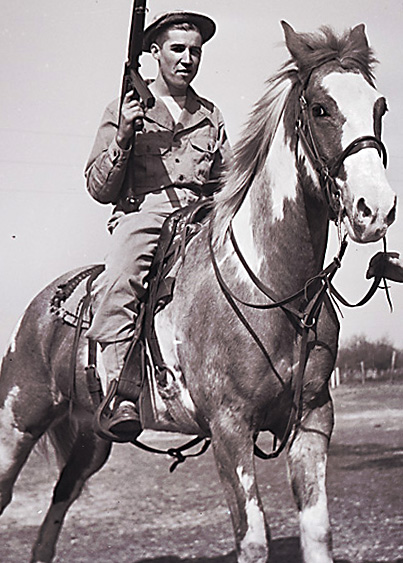 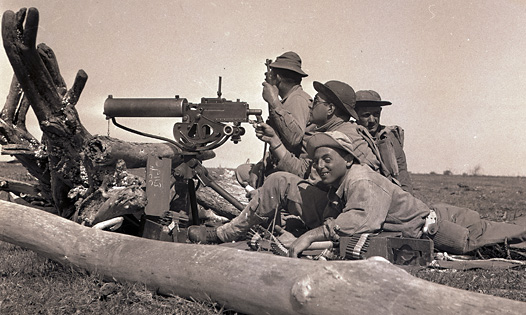 We covered that beach with ease on horseback, but if the wrong ‘chickenshit’ type Officer had found out, it could have meant Court Martial for us! The Major basically just turned a blind eye, he knew we were just trying to be more efficient at our assignment. We fed those horses everything from coffee grounds to carrot greens to stale bread, and boy did they thrive; actually started looking healthy after a couple weeks! Two months later we finally got our long awaited Jeeps; we reluctantly returned the horses to the dog food plant; they paid us $12 a piece for ‘em, two thirds what we paid them. So we rented horses for two months for around six bucks each!

Some of the horses looked so healthy when we returned them, the plant owner said they could be sold back to the farmers, and wouldn’t go for dog food after all! 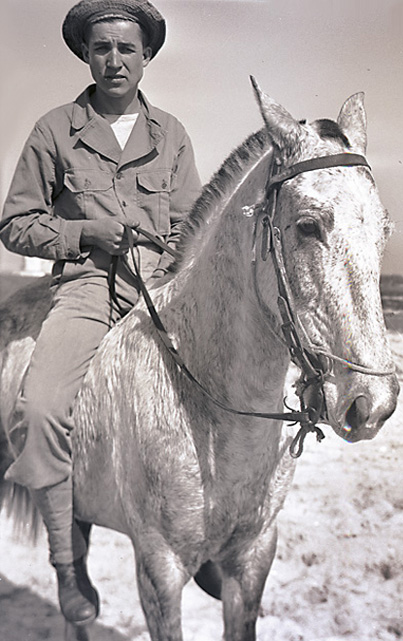 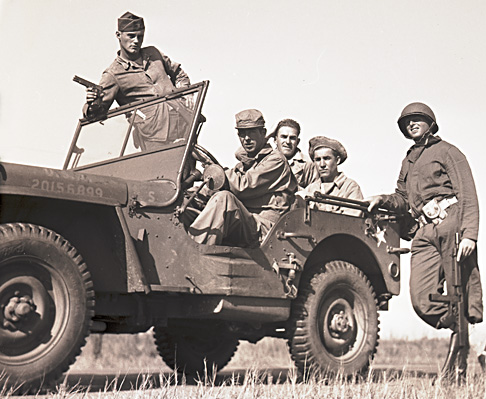 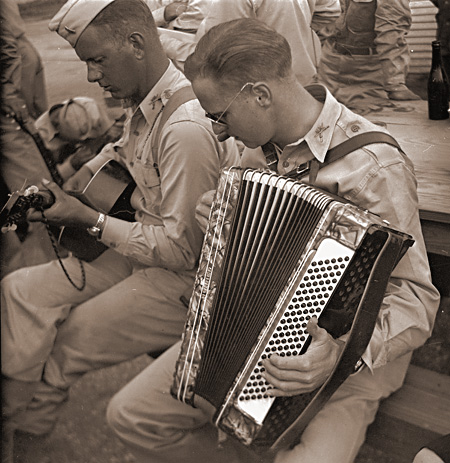 Celebrating the New Jeeps, and the M1 Garand 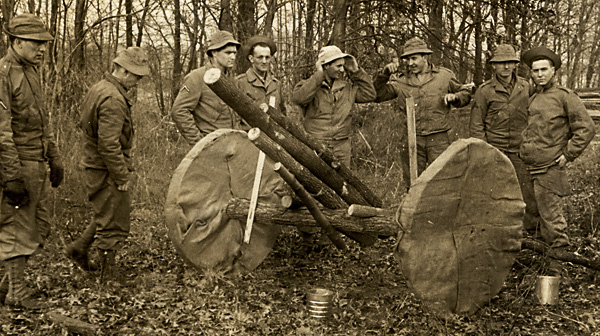 Some Poor Guys Actually had to Train with These!