We had been relentlessly pursuing and killing the Japs for some months now, and he continued to prove his worthiness as a foe in many ways. They had gone to ground in tunnels and caves, and had even improvised shelters with kitchens and space for dozens of men, all camouflaged and making canny use of terrain defilade and available resources. But even the best of them were beginning to crack under the pressure…
We were atop a ridge, looking out across a great valley, and could see the opening to a large cave near the top of the other side. There was a big stone ledge, like a veranda, leading into the mouth of the cave. Suddenly out come four Jap officers, screaming and taunting and waving their swords at us! They were pretty much out of range, but a couple of the riflemen were taking pot shots at them. Eventually two are hit and the others drag them into the cave. Now we have to go and clear out that damn cave; who knows what kind of ambush might be waiting for us up there? 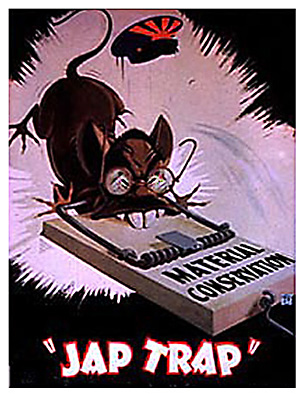 Several hours later we approach the mouth of the cave. We have two engineers with us who are demolitions experts, and they want to go in and set some charges and blow the whole thing up. I set up the machine gun just inside the mouth, facing into the cave, and then these two sappers go on in and set their explosives. As they are on their way back out, they yell “Ok Joe, lets get the fuck out of here, it’s gonna blow in 30 seconds!” Suddenly out of nowhere a Jap light machine gun opens up and the two of ‘em go down dead, right on top of me! As I’m struggling to get free, I open up with the .30, spraying the interior of the cave, them BAM! the charges go off and these huge blocks of stone fall from the ceiling and pin me down even worse than before. The two dead guys had taken most of the impact of the falling rocks, but I was now deaf, dazed, and couldn’t move a muscle, except for my trigger finger, and I kept up with the MG, if only to let my guys outside know someone was still alive in this mess! When I was pulled out I was pretty bruised and a little disoriented for a while, but basically none the worse for it, and my MG was fine as well.

Later, we’re dug in for the night, and we could hear the enemy out in the jungle, chanting and uttering a strange din; it sounded like they were hitting the saki pretty hard. Then, out of the dark, comes a strange cry! “Fuck Roosevelt! Fuck Babe Ruth!” (Except it sounds more like “Fuck Loosevert”!!!) At first our guys chuckled and got a kick out of this unexpected entertainment, but it goes on for hours and some of the guys are getting a little edgy. Then one of the boys, a big barrel chested kid roars back: “Fuck Tojo! Fuck Hirohito! FUCK YOU!” And then all hell breaks loose; you can hear the Japs squealing in indignation, as they open up with everything they’ve got, mortars, MG’s, grenades and rifles. It seems they could dish it out but couldn’t take the insults, especially to their ‘God Emperor’!

Now they didn’t know it, but we had a Roosevelt of our own, Colonel Archibald (Archie) Roosevelt was the son of the late President Theodore Roosevelt, a cousin of the President, and he was our CO at this time. I could hear the Japs had amassed quite a number out there in the valley, and I was afraid that we were very badly outnumbered. At around 3am, I took two men and the machine gun down the hill and set up on a small hillock that was well covered with bushes and grass, and had a perfect view of where I thought the Japs would mass their usual counter attack in the dawn. Sure enough, at first light they come creeping through the brush and start to get in line about 30 feet from where we hid. Then this Jap officer goes down the line shouting at the men and smashing them on the head with the scabbard of his sword! (Japanese military version of a ‘pep-talk’.) He gives the command, and they all start screaming “Banzai!” and charging up the hill, and I open up on them with my machine gun! Every last one of those luckless bastards went down, there must have been 40 of them! A couple hours later, back atop the ridge, the Lieutenant comes by and says: “Did you re-position the MG without orders? That’s a Court Martial offense, boy! I tell you where to set that gun and it better fuckin’ well stay there!” He’s still cussin’ and fussin’ when up comes Col. Roosevelt, and he says “Joe, did you really put down that entire counter attack with three guys and a .30?” And I says “Yessir, I was afraid we would be overrun and the squad figured a surprise wake-up might be in order, Sir.” “Well, Joe, I never saw a tactic like that in any of the books, but when I get back I’m gonna tell ‘em to write it in!” And at this point I was given a field promotion back to Sergeant!