The next morning a Major had joined our patrol, he came up to us and said: “Who’s in charge here?” Several of the men pointed to me, so I replied: “Sir, I am acting Sergeant, our Lt was killed in the landing.” “Not any more, Private” he replied, “why haven’t you ‘checked out’ the enemy wounded yet? All night long those wounded Japs have been calling your positions back to their mortars, your boys are being hit!” I was busted down to Private right on the spot, and I was given the permanent duty of ‘checking out’ the enemy wounded after every firefight! This meant crawling out onto the field and approaching the bodies, whether they were hollering or unconscious, and dispatching them with a knife or pistol. I usually chose the knife, because their snipers were looking out for me, and a pistol shot would attract too much attention! This enemy was fanatic in his hatred for us, they had been indoctrinated to never surrender; even mortally wounded they might wait with a hand grenade, and try to take you out with them; they would have to be approached very carefully. Sometimes they would see me coming and their alien eyes would glare with seething hate and defiance, other times they would turn their face to the ground in quiet resignation; they were conditioned to expect death. 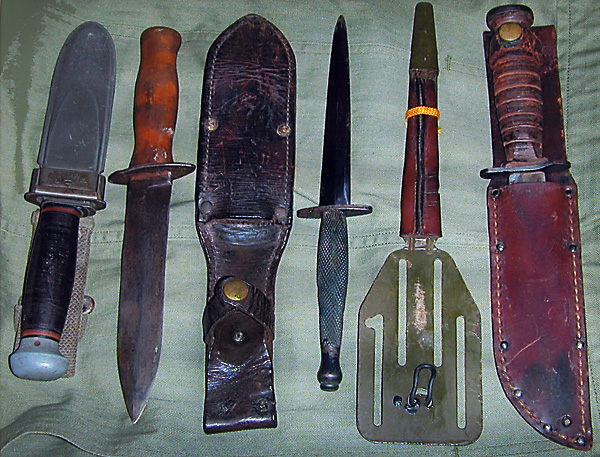 I experienced great difficulty with the combat knives that I had been issued by the army; nothing seemed to do the job properly. I had a Fairbairn-Sykes commando dagger, the kind the OSS used, with the sheath taped to my forearm. The blade was so slim, it would take several thrusts to do the job, not efficient or humane. Before long, the tip broke off when it hit the coral underneath the neck of one of the Japs I was dispatching. I tried several different types of knives; (guys were always swapping stuff around,) most too thin and fragile, until eventually I designed my own combat knife, which I had custom made by a motor pool mechanic using the leaf spring from a Jeep. This ‘killing knife’ had a broad, thick, symmetrical spearpoint blade, razor sharp; one stab was all it took to get the job done. Along with ‘check out duty’ I was also assigned C.I.C. duty; Counter Intelligence Corps was involved in assessment and utilization of any enemy information that we captured during patrols.

So not only did I have to kill all enemy wounded, I also had to go through the pockets and packs and pouches of all enemy dead, looking for maps, photos, anything with writing on it that might be useful to our intelligence people. Most of these bodies had photos on them; sometimes pictures of family, very often portraits of themselves in uniform with their comrades, some had pictures of far away Buddhist temples and Shinto shrines; and many, mostly the officers, had lurid pornographic photos, both of western women and of Geisha girl types. We had heard rumors of the so called ‘Comfort Women’, Asian girls kidnapped from China and Korea, which Japan had occupied since the 1930’s, and pressed into service as sex slaves and prostitutes for the Jap soldiers. 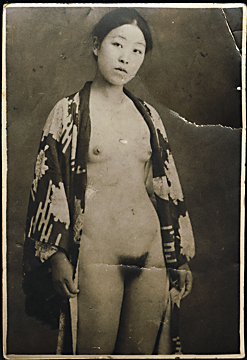 I got pretty friendly with the C.I.C. boys, and they would return me anything they couldn’t use so I ended up with a lot of souvenirs! (They would never return the nudies, so eventually I started keeping ‘em, as they made pretty good currency in trading for food or cigarettes!) 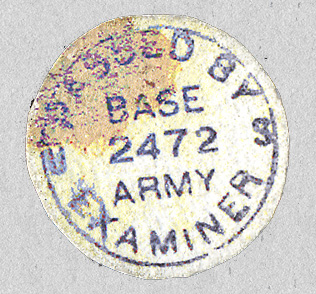 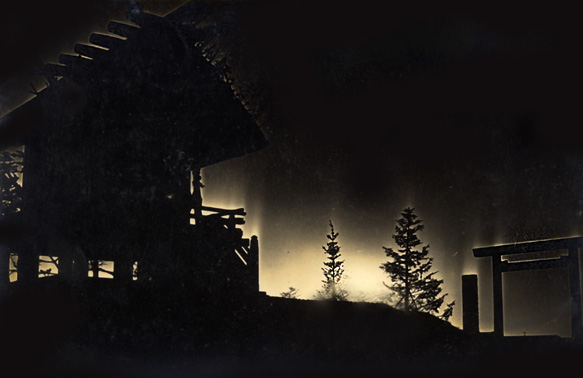 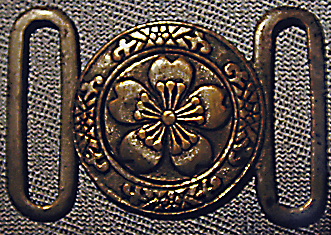 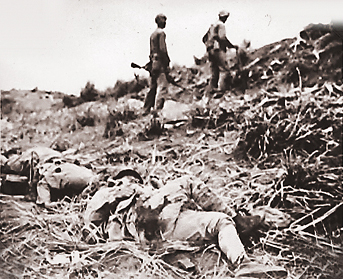 The film actor Lew Ayres (he starred in the film “All Quiet on the Western Front” among many others) was serving as our Chaplain’s assistant; we became friendly and he signed-off on several of the many packages that I sent home, including a stack of ‘girlie pictures’. (Lew was a pacifist who wished to serve as a Medic during the war, but the US Army wouldn’t guarantee him that position, so he became a conscientious objector, and reported to a CPS (Civilian Public Service) camp. Having such a major movie star take this stance was poor publicity for the United States armed forces, and he was eventually given a non-combat assignment. 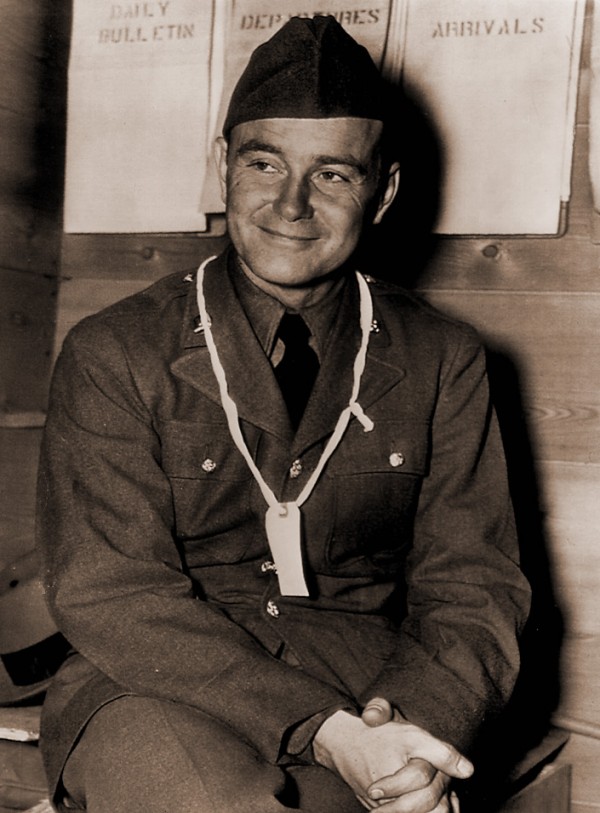 Many of our boys thought of these patrols as treasure hunts; Jap swords, flags and Nambu pistols were in great demand from rear echelon men, Sailors, and especially Pilots! You could trade a bayonet or a Hiri-Kiri knife to a pilot for hot meals, canned fruit, smokes; all sorts of goodies that they’d got plenty of. I once got $75 bucks cash from a P38 pilot for a Jap officer’s Nambu pistol and holster! The Japs also seemed to be souvenir hunters; I once found an Aussie cap badge in a Jap private’s belongings, and also a stack of classy looking European girlie photos in an officer’s mapcase. 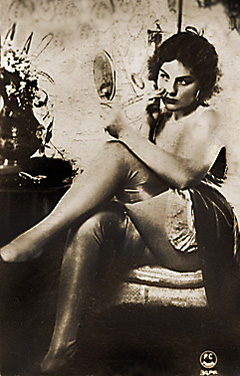 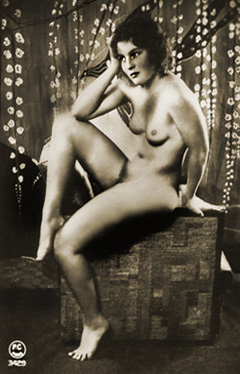 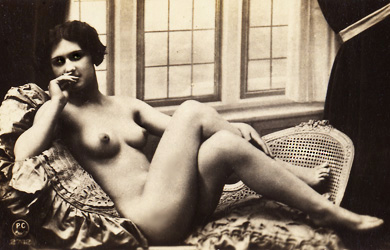