The combat veteran is a unique type of individual.  In a class of their own, they are asked by society to perform the very acts that society most prohibits, specifically, the killing of other human beings in a totally ruthless and merciless manner.  That the living conditions in which these tasks must be carried out are often absolutely degrading adds an element of difficulty and wretchedness that cannot begin to be imagined by civilians.  The usual outcome for survivors of this experience is depression, post-traumatic stress syndrome (shell shock), various other types of nervous disabilities, violence, drug and alcohol addiction, and an inability to talk about, or come to terms with, the events they lived through.

I became interested in this type of experience several years ago, driven by my need to understand the ‘survivor’ mentality due to my own increasing disability with a chronic and painful illness.  I was fortunate to have met several WWII veterans at camera collecting shows and flea markets here in NY, and initially set up meetings with them in order to purchase some of their souvenirs from the war.  The unexpected outcome of a couple of these meetings was to have struck up lasting friendships, and in the case of Joel, regular weekly interviews to discuss events that had been buried (restlessly) for over sixty years!

The result of these conversations and my relentless curiosity is this website.  But that is only a part of the story.  The opportunity to talk about some of these experiences has afforded Joel, who is now 98, some peace of mind and partial release from the constant combat dreams that had plagued him since the war.  I was both delighted and humbled when he recently told me that his “battle dreams” had abated, plaguing his sleep much less frequently than the usual several times per week that he had suffered with for many decades.

I know he feels a sense of relief that he is able to share some of the horrors he survived with someone who is interested and sympathetic; and I know he is keen on my plan, through this website, to share his war experience with whomever else is interested.

Joel gets very uncomfortable around the ‘H’ word (hero).  He believes that he didn’t do anything impressive, but I believe he did: he survived!  He often says: “We had a job to do, a dirty job; kinda like a plumber, and you never saw a plumber without shit under his fingernails.”

It was with great trepidation that I decided to write this in the first person, but Joel agreed that it would make this a more immediate and personal document; also he initially wished to preserve his anonymity.  I let these stories ‘resonate’ inside my own head for more than a year before I dared commit them to paper; I’d occasionally recount them when with friends, to observe their reactions; I allowed them ‘seep in’ to my own consciousness.  And I even began to have my own battle dreams…

This experience, and the excellent quality of Joel’s photos, letters and souvenirs, suggested to me the ‘Scrapbook/ Journal’ format that I have chosen for this site.  My intention was to create an artifact that would enable the reader to feel as though they were browsing through an old fashioned picture-book memoir that they had just discovered in the dusty attic or basement; left behind by a family member of yesteryear.  It is my wish that anyone interested in WWII history have the benefit of sharing the experiences of an actual participant, and I hope that we can all learn something of the horror of war that Hollywood perhaps has not been willing or able to show.

Things fortunately worked out pretty well for Joe; by the mid 1950s he had more or less recovered from his battle injuries and the tropical diseases, and resumed his busy career as an industrial photographer.  He hung out in the 1950s and 60s Greenwich village ‘Art Scene’ with the legendary beat poets Kerouac, Burroughs, and Ginsburg; and eventually became active in the anti-war movement of the 60s, involving himself in Vietnam war protest marches on Washington, and also in the Civil Rights and Women’s Lib movements.  As his younger brother Bernie once told me: “Joel was a hippie way back in the 1930s!”

Seek out ‘Joe’ in your community; talk with him and see what he is willing to share of his experience.  It may be difficult or uncomfortable at first, and take some time, but if you listen carefully (and do some research), you might just be lucky enough to rediscover a world that will otherwise soon pass into oblivion with the relentless advance of time. 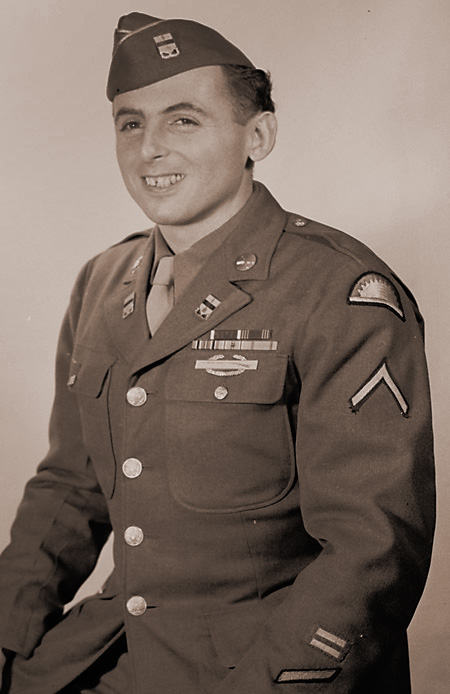 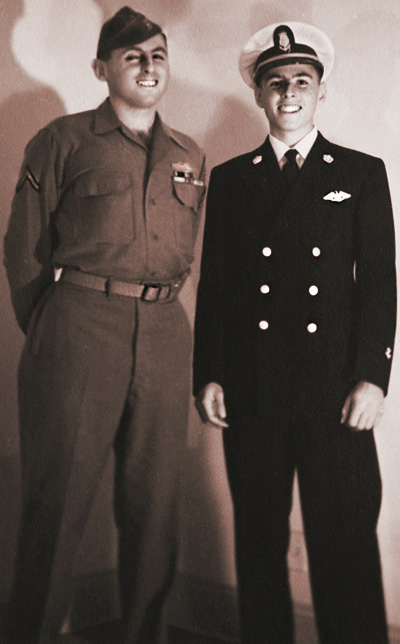 Joel's Brother Bernie, in the Navy During the Korean War 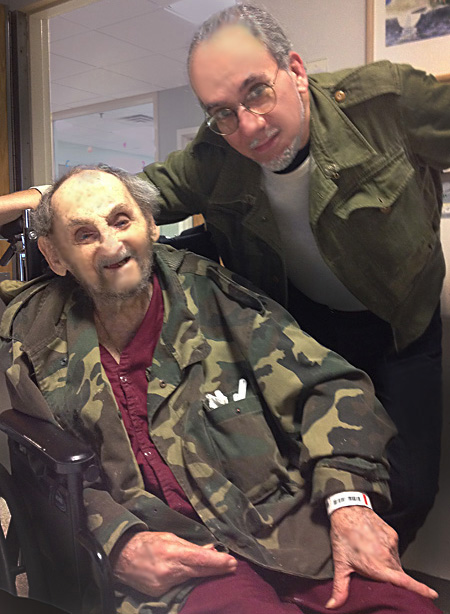