As a detached infantryman, I was at the Army’s beck and call to be used anywhere some officer saw fit. Next, I wound up at an artillery training camp in Oklahoma, where it was thought that my extensive training in weapons and covert operations would make me useful as an instructor, instructing the cannon crews in tactics against enemy infiltration, and also enemy aircraft recognition.
I was now 29 years old, and a Corporal; the gun crews were made up of kids of 18 or 19; they all called me Pops! I soon realized that these boys were incredibly lax, and figured I’d better put the fear into them. One hot evening, the crews were at their stations, supposedly at the ready and guarding their guns. I had noticed that they’d remove their jackets, and bunch together to play cards or shoot the breeze, so once they were thoroughly distracted, I put my plan into action. 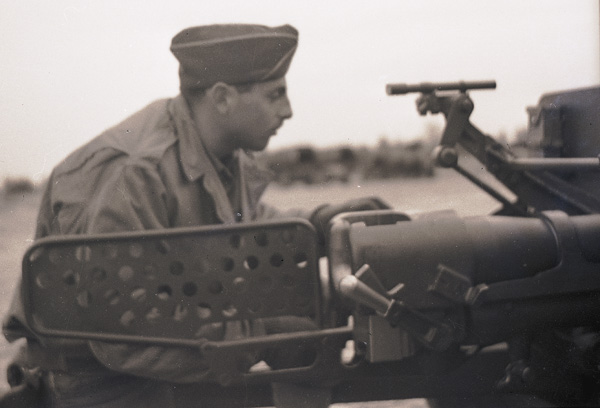 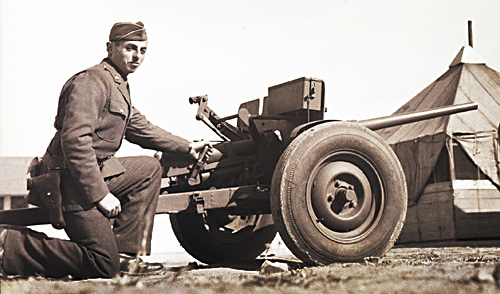 First I infiltrated one of the positions, stealthily crawling through the dust, inching my way up until I was at the cannon. Then, using some powdered graphite lubricant that I had brought along, I removed the breechblock; this was a real trick to do without making too much noise, and put the 20+ pound piece of steel in my pouch! Not satisfied with only this, I then crept over to where the lads had hung their uniform jackets, and producing a piece of white chalk that I had brought for this purpose, I proceeded to mark the back of each one with a big white X! I then left the scene, and put the large pilfered cannon part on the Major’s desk!

Well, the next morning the shit hit the fan! At first, the officers didn’t believe my story about infiltrating the gun position and removing the breechblock. I then called some of the men out of line and asked them to turn around, showing the chalk mark X’s on their backs.

I thought I was really doing them all a service; obviously if I could get in and do this, the enemy sure could! But I should have known that Officers wouldn’t see things the same way; it seems I was making things a little too uncomfortable for the folks down there. I was on the move again; this time my destination would be the PTO (Pacific Theater of Operations). 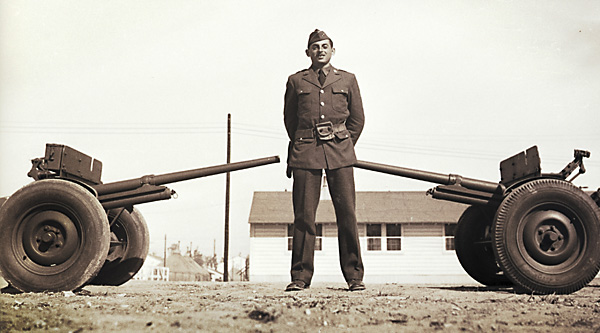