In 1937, at the very height of the Spanish Civil War, I met a young woman named Roz Silver, at the Friends of the Abraham Lincoln Brigade meeting room, during a fundraising showing of the film Potemkin. Roz was secretary for the local Socialist Party. We went out together once or twice, and as I owned a 1931 Ford Roadster with a rumble seat, she asked me to drive her, with an American flag and a ladder, down to Flatbush and Church Avenues on Saturday evening. Motivated by lust, I gladly accepted, not knowing exactly what I was getting myself into. 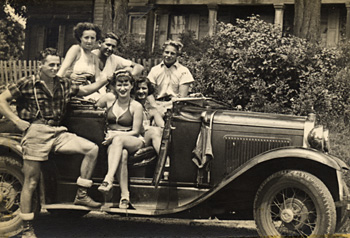 When I picked her up, she was carrying a folder marked “Letters from Spain”; and when we arrived at Flatbush there was a group of people waiting that she seemed to know, who helped her set up the flag on the ladder while I parked the car. 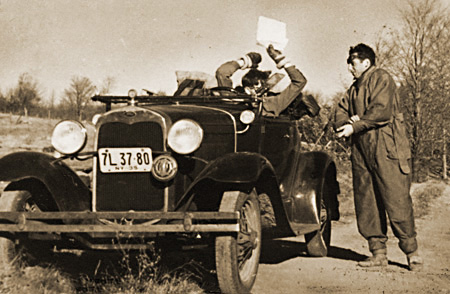 I was very curious to hear what she had to say, having myself received several letters from my friends who had gone to fight in Spain. I was familiar with their complaints regarding bad food, no ammo, factional infighting, antiquated weapons and a total lack of organization on the part of the Republicans.

When I got back to Roz, she was reading upbeat, optimistic letters describing exceptional Republican army advances, popular support, and large caches of Fascist weapons and materiel that they were finding in church cellars! Probably all Communist propaganda. 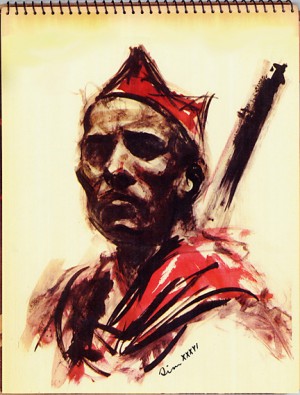 Spanish Republicans from the 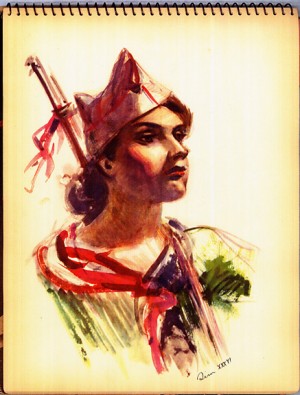 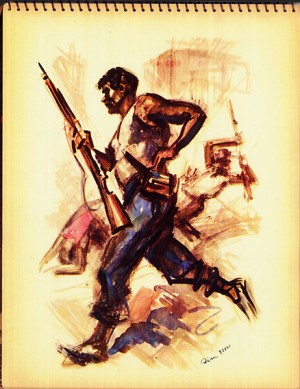 The group also sang songs like “No Paseran”, “There’s a Valley in Spain Called Jarama”, and “The International”.

I quickly brought the car around, and we jumped in with the flag and ladder, amidst boo’s and cries of “Red Bitch” and “Commie Cunt”, etc. We had been raided by a group of Father Coughlin’s Silver Shirts, diehard American Fascists.

I discussed the situation with some friends, we were very upset because Roz was just exercising her right of free speech in a democratic society. Fortunately, there were a couple of experienced left wing demonstrators in the group and they planned our tactics.

The next evening, Roz set up at her usual spot, this time wearing an old raincoat over her clothes. After the singing was over, the Coughlanites began throwing garbage again. Our men slipped up on either side of each thrower, grabbed their elbows and stood on their toes, while beating them viscously about the kidneys with lead filled, fish killing billy clubs that had been concealed up their sleeves.

Our group then dispersed leaving a half dozen gasping Coughlanites in the gutter. I’m sure they pissed blood for weeks after their encounter. We never went back there. 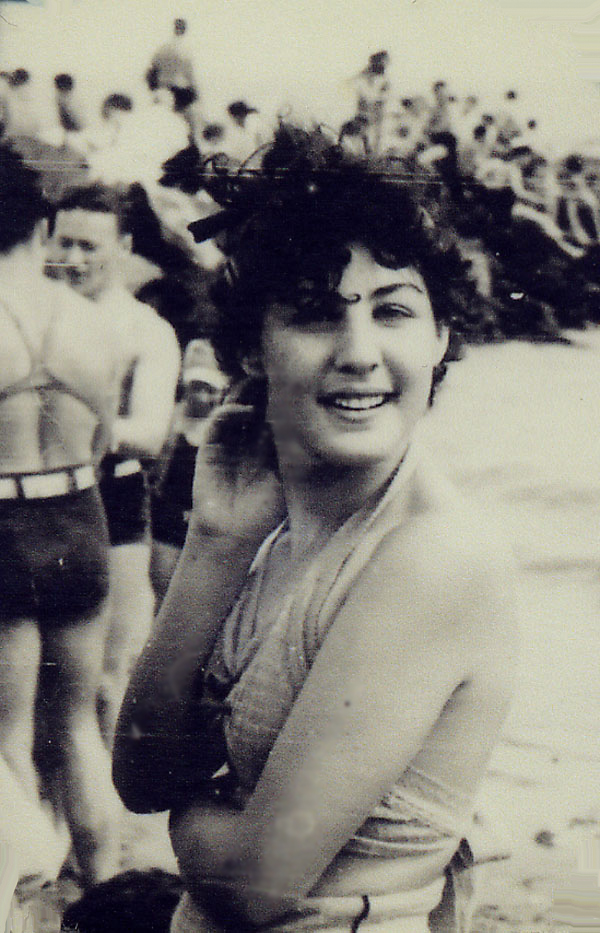