One day, I was approached by a Captain, a strange secretive type, who mysteriously inquired about my politics and interests, and also if I spoke German. He asked me to meet him in a bar in town for a private discussion regarding a ‘special assignment’. Turns out he’s recruiting on the sly for an OSS sponsored mission to parachute small commando type teams into Yugoslavia, to help Mahailovich’s resistance fighters with weapons and training. 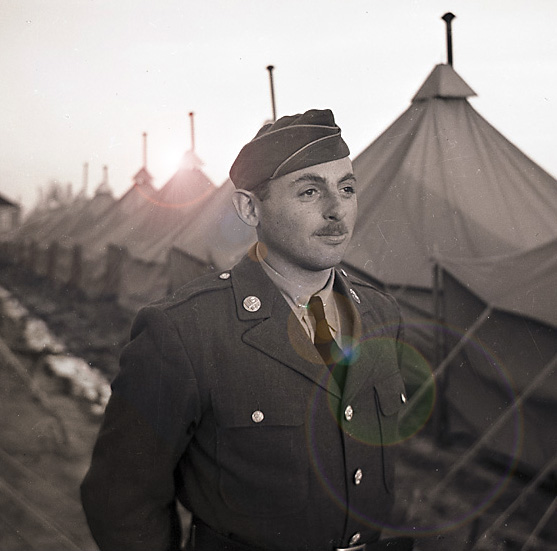 So began my period of ‘detached service’, which was to last more or less through to the end (for me) of the war. I was transferred to a base in Maryland, where we had to learn about every conceivable type of firearm that might be available to the Yugoslavs. For this they had a Russian Sgt-Major, a burly type with a bushy Stalin moustache, who always reeked of booze, he taught us all about Mauser Kar 98K’s, Luger P08’s, Moissin-Nagants rifles, PPSH sub machine guns, Walther P38’s, Sten guns, Bren guns, potato masher grenades, Mills bombs, Spandau and Vickers and Maxim guns, you name it, we fired it! And stripped it, and cleaned it, and repaired it. We also had infiltration training, how to sneak up on and ‘dispatch’ sentries, how to set explosive charges, capture and interrogation of prisoners, guerilla tactics and how to improvise with whatever was at hand. 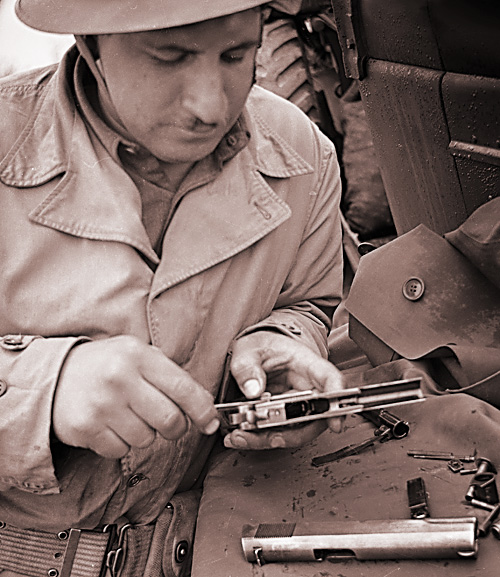 If it Shot Bullets, We Had to Learn Everything about it... 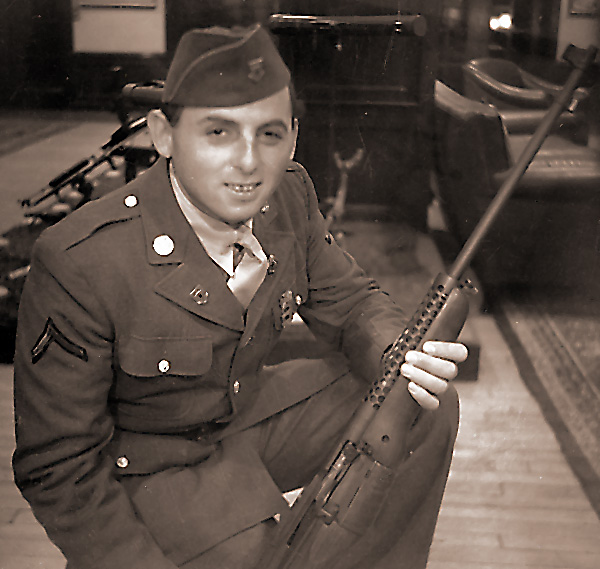 Later we were sent to Ft. Benning, Georgia, where the 101st Airborne, the ‘Screaming Eagles’ trained. There I took basic jump training, which included three parachute jumps, two at night, and endless tumbling off the back of moving trucks. We jumped from planes where we exited from the belly of the fuselage; someone said that ‘we would be dropped by the Brits, ‘cause that’s how their planes were set up, whereas on ours you jumped from the side doors’. The 101st airborne were very sensitive about just who got to wear their distinctive uniforms; if they caught any of our group with our trousers bloused into our Corcoran jump boots, well, you could be in for a bit of a beating! We were supposed to wear our standard infantrymen’s canvas gaiters over our boots, hence their nickname for us: ‘straightlegs’. The blousing style was supposedly reserved for paratroopers only. At one point we were also issued the striking 10th Mountain Division’s special uniforms, with a jacket that had a built in backpack, a reversible snow anorak with wolf fur trim on the hood, and nifty ski pants with zippers all over them.

There were 20 teams of three men each in the program, and we were in training for about nine months. The team consisted of one radio man, one ‘articifer’ or weapons expert (me), and one intelligence/political officer, who was more or less the team leader. The latest “latrine rumor” or scuttlebutt was that we would be sent to England to learn codes at Blechley Park, before being deployed. During this whole time, no one used their last name, you were just Joe or Frank or Pete; and ranks were interchangeable; I was actually an acting Major for some of the time. I was in team number 12; when they had put in nine teams, they found out the entire operation had been compromised, all nine teams had been captured immediately by the Nazis, interrogated and probably executed. It seems the Brits knew all along that Mahailovich’s government was working with the Nazis, but it took the US another year or so to catch on and switch their commitment to Tito’s communist faction. At any rate, the whole mission was scrubbed, it looked like I wasn’t going to get over to kill Fascists any time soon! I figured that because of certain sensitive information that I now knew, chances were I wouldn’t ever be heading to Europe! 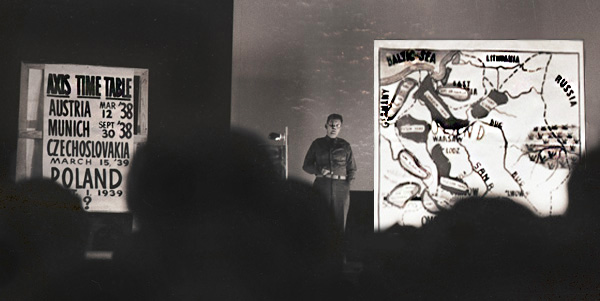 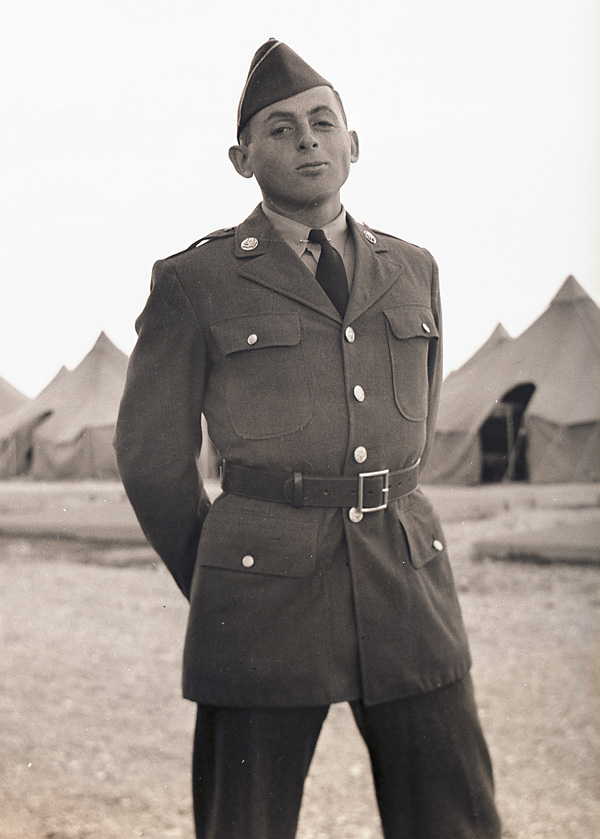 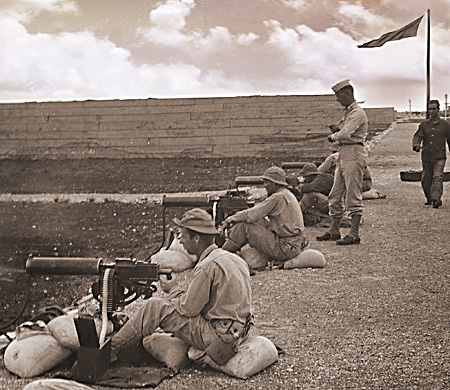