Before Pearl Harbor, if you showed up in town in uniform, especially in the South, you were bound for trouble with the local rednecks. Their opinion of us recruits was very low, that is until the Japs attacked. We were issued all kinds of obsolete World War One equipment; moldy, smelly tin hat helmets, trench knives with spiked brass knuckle-dusters, cotton web machine gun ammo belts that were rotting away. The guys used to unscrew the brass knucks and bring them into town for protection. When a civilian lost an eye in a fight, the WWI trench knives were recalled! 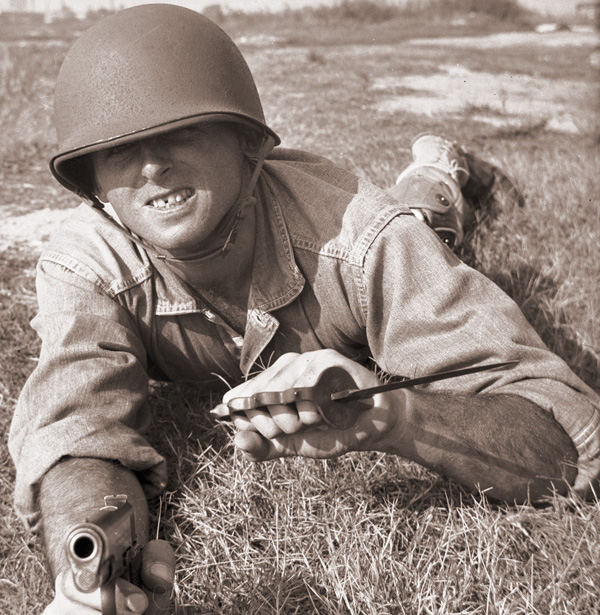 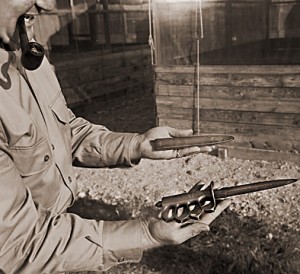 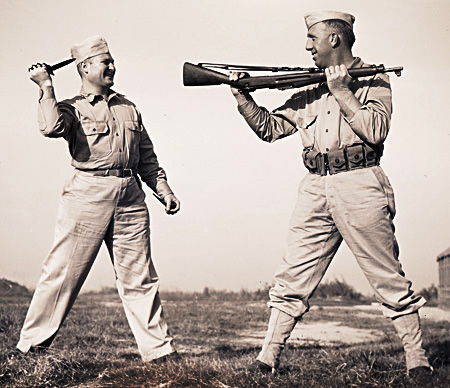 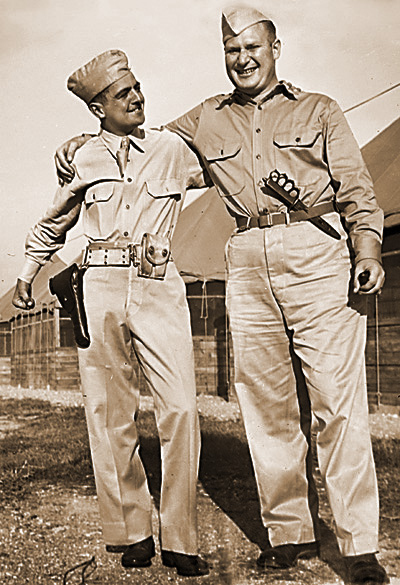 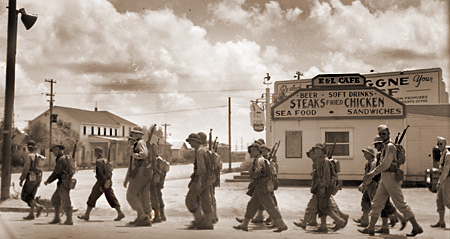 At the local diner off base, we GIs would sometimes gather for coffee, but very often the townsfolk would treat us rudely, and not serve us! Some of us ‘political minded’ types decided to teach ‘em a lesson. One day just before lunchtime a couple of us go into the diner and sit down… A few minutes later a couple more… And each time a local customer left the diner, another GI would come in and fill his seat. None of us ordering anything, mind you. After about 45 minutes, the diner was full of GIs in uniform, sitting about chatting and taking up all the seats! There were locals waiting in line outside, and the owner of the diner was looking bewildered. His busiest time of the day, lunch hour, was going down the drain. One of the guys got up and quietly had a word with the besieged proprietor, and with resignation he began serving all the boys coffee, after which we all left and business continued; from then on we got prompt if begrudging service. 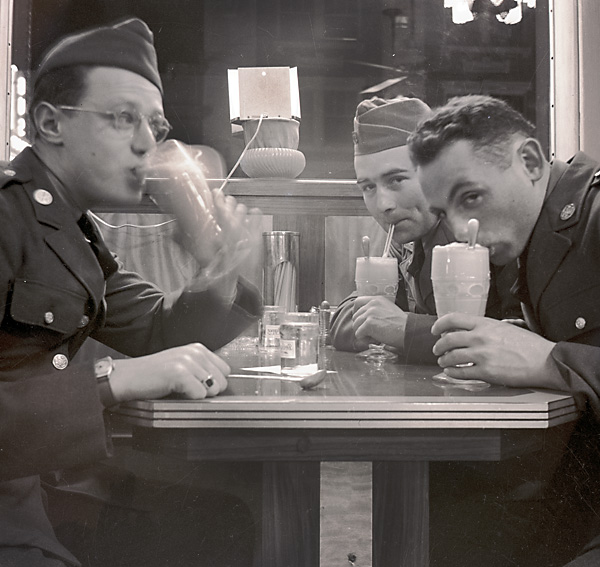 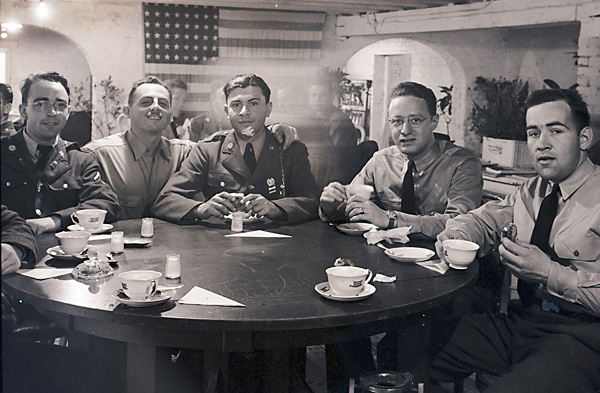 It was just incredible how totally unprepared this country was for war in ’41. All the gear we were issued was leftovers from the Great War. We weren’t issued any olive green uniforms, we got blue denims like the ones prisoners got; they were so cheap they’d fall apart after a couple of washes! There were temporary camps, tent camps, schoolhouse barracks, everything but permanent camps with nice barracks and showers! After December 7th 1941, everyone’s attitude changed dramatically. It seemed that the country was suddenly rife with paranoia; an attack was expected at any time, along the coastlines of the Gulf of Mexico and Florida; and anywhere on the west coast.
I was assigned to a AAAIS detail, watching the skies for signs of enemy aircraft. Our main armament were .30 caliber machine guns, effectively worthless against anything that flew except for perhaps a Sopwith Camel. 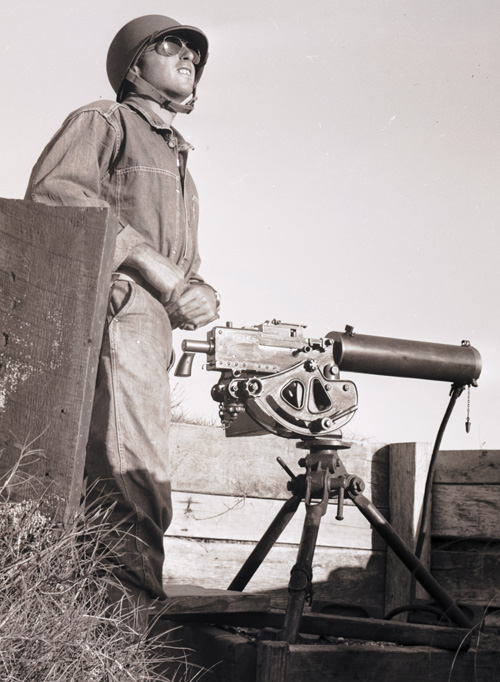 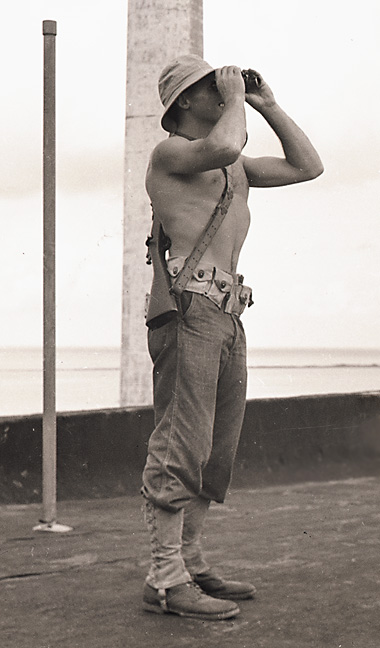 Watching for Stukas in Texas 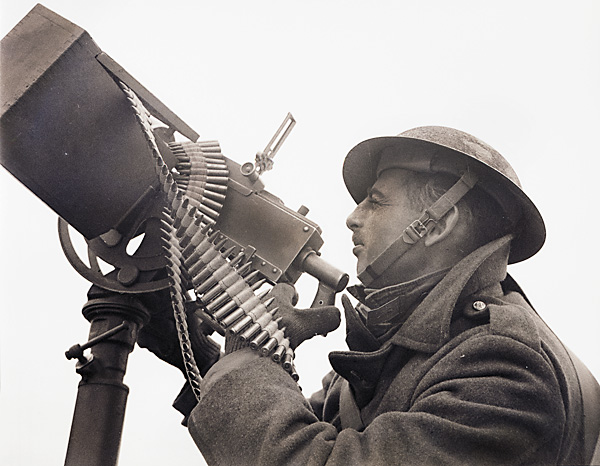 Since Dec.’41, German U Boats had been hunting the Atlantic coastline, and were even spotted off Manhattan! Oil tankers and other supply ships were being sunk right off the coast and in the Gulf of Mexico on a regular basis; ultimately a total of over 400 ships were sunk. This fiasco represented a greater loss than Pearl Harbor, but the information was kept from the public, and our Admiral King, who was in command of the Atlantic seaboard, did virtually nothing to prevent it! German saboteur teams were even captured on shore! And then the Japs had been sending their cowardly balloon bombs; some got as far as the Midwest, causing casualties! 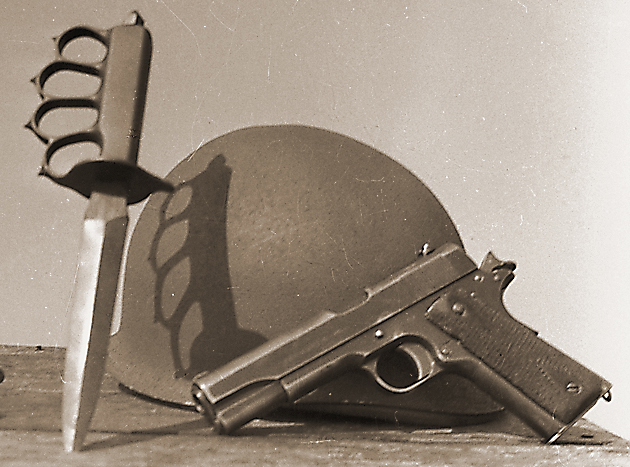 In the army I began photographing everything I could at the various camps, maneuvers and trainings that I attended. This soon made me very popular with the officers and men; my photos were in demand and I would sometimes get easy work detail in order to free me up for photography. I shot hundreds of photos with my little Zeiss Ikonta 2 1/4, many of which are in this scrapbook. 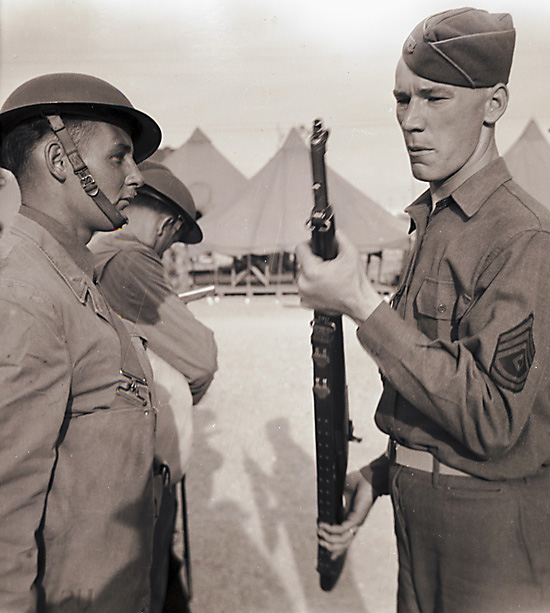 I avoided officer training like the plague; no ‘Chairborne Commando’ job for me, I wanted to be where the action was. I became expert on the Browning M1917 .30 cal. water-cooled machine gun, the Thompson sub machine gun, and the Colt M1911 .45 cal. pistol, among others; as it would soon turn out many others.

I Became a Heavy Machine Gunner 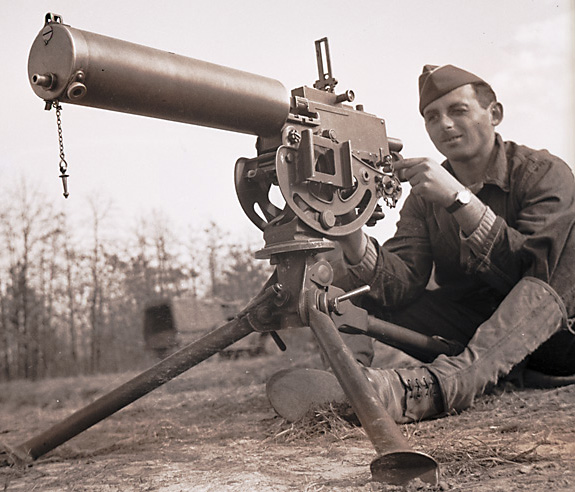 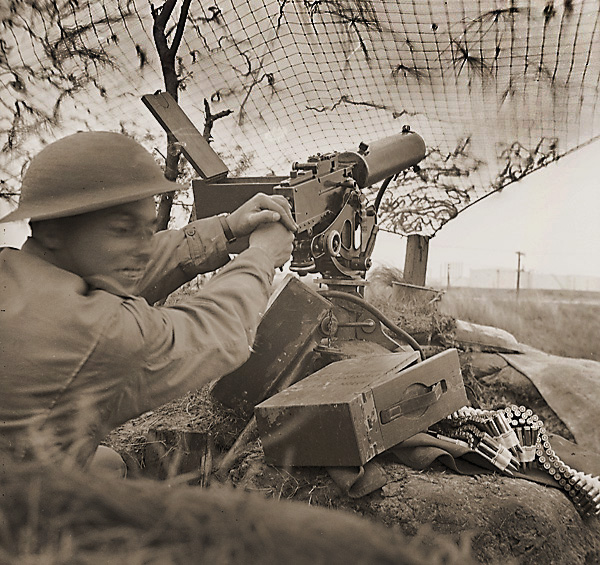 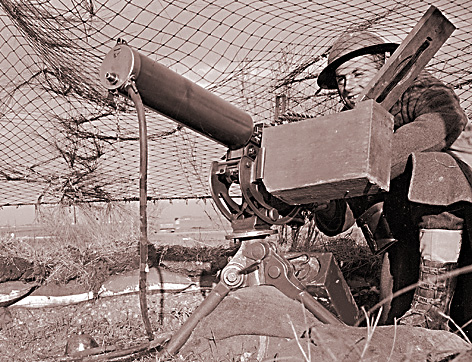 You Quickly Learnt to Rest Your Feet, or Catch 40 Winks Whenever Possible 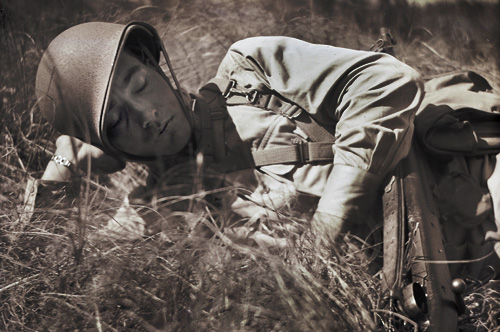 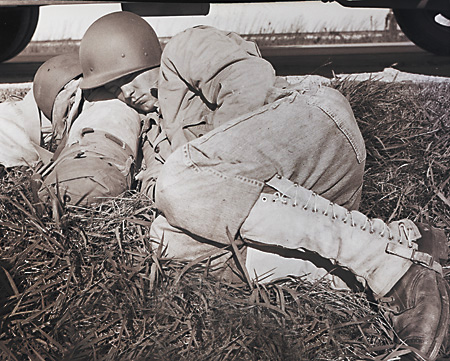 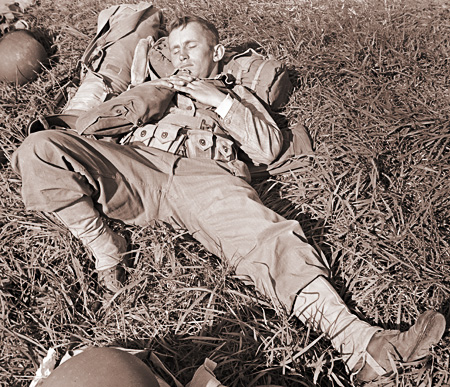 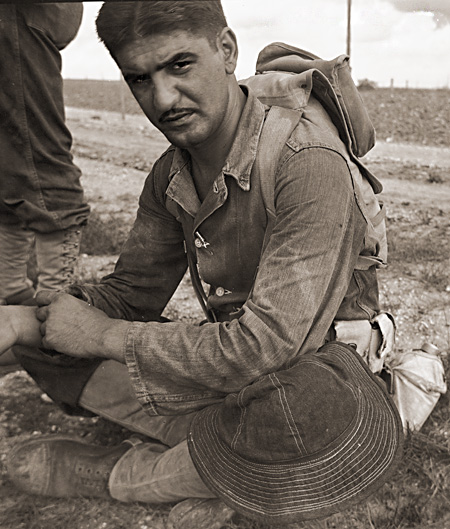 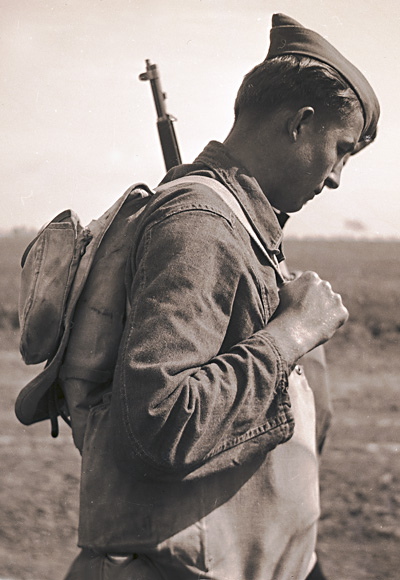