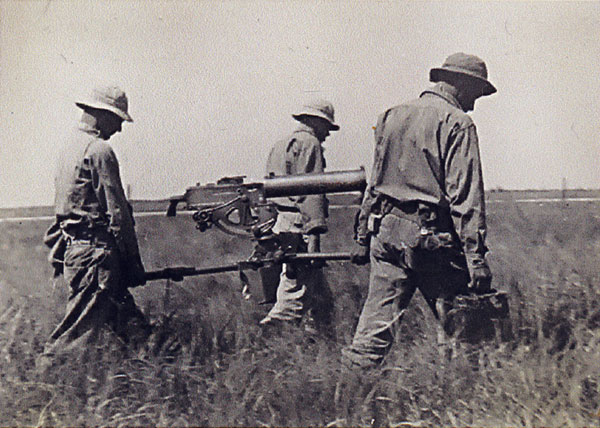 Fifty-two of us (a Platoon) were ordered to advance on patrol through a stinking, fetid swamp, fully equipped, in order to drive Japs out of the area. For three days and nights we pushed through the mess, sometimes shoulder deep in the muck. We carried the big machine gun on the tripod, over our heads in a three-man carry. Guys started disappearing almost immediately, but aside from the occasional sniper, we found no sign of Japs, except for a few dead and very decomposed bodies. A corpse doesn’t last very long in the jungle, especially in a swamp, so we had no idea how long they had been there.

Soon enough we ran out of water, and couldn’t even collect rain-water in an outspread poncho, because there was no dry land to spread-out on! The swamp water stank like death, but the remaining guys were starting to get delirious from thirst. Finally we drank; why die thirsty? Eventually only eleven of us emerged from that filthy quagmire; the rest, who knows? I came down with Asiatic amebic dysentery, probably from drinking that corpse water. 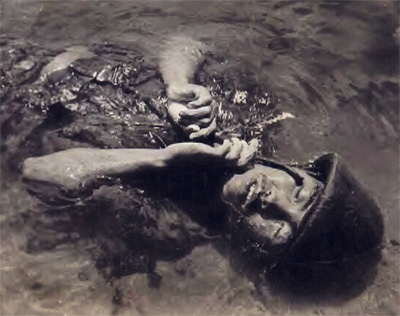