After being in the field for a week or two, you get to looking petty raggedy. Uniforms and boots don’t last very long in the jungle, and we didn’t have very good supplies; always lots of ammo, then food, water and whatever else, in that order. The jungle diseases took a toll on our appearance, never mind our ability. The “fever, unknown origin” was taking a terrible toll, with some companies down to forty-odd men from 190! We all had jungle rot, a nasty fungus infection that got your armpits, crotch, legs and back; anywhere you were hot and sweaty, so basically everywhere! The amebic dysentery was just terrible; diarrhea all the time, cramps, fevers, kinda like the permanent flu. You had to shit so often, some of the men just cut the seat right out of their trousers! You’d get this constant dribbling of acidic fluid that would just rot out the crotch of your pants anyway. I took to using a piece of cloth about 18 inches square, usually cut from the back of a fresh killed Jap’s shirt; I’d tuck it into my waistband, and between my legs kinda like a diaper, it would catch all the mess, and at night when we’d dig in I’d spread it out over a bush and let the rain wash it clean for the next day. We were all in such rough shape we hardly noticed such unsanitary conditions; when you were dug in and under fire, if you had to take a shit, you weren’t gonna go take a stroll into the bush to do your thing; we’d shit in our helmets and then dump the mess over the side of the foxhole! And you might be using that same helmet the next day to cook your dinner in!

But the worst of all was the malaria. It took me many years after the war was over to get over the sudden attacks of fever, vomiting, diarrhea, and unconsciousness. The VA Doc told me that I was able to survive the malaria and dysentery because I had developed antibodies from the Black Water fever I had contracted in Mexico years before! Tropical diseases were responsible for more casualties on both sides than combat wounds. And the Japs also had to deal with starvation on top of all the rest.
One surreal incident stands out: Our Lt. Grey had gone missing after a combat patrol; he was a favorite of the men and we were all pretty upset. We had cornered some Japs in a cave, and after tossing in some grenades and gasoline we went in to check them out. They had a small campfire going and some meat on a spit that they were roasting. Then off in the corner we made out what looked like an American uniform; closer inspection revealed it to be the body of Lt. Grey! It looked like he’d been dead a couple hours, with some pretty bad wounds to the torso; suddenly we realized we were witnessing a ghastly atrocity, he’d been opened up, and his liver had been removed. That was the meat the Japs had on the fire! We were all shocked and very demoralized, but also bent on revenge! Each day brought it’s own new horrors, all you could do was carry on killing Japs; that was our ‘raison d’etre’, kill Japs, then kill more Japs! The sooner we killed all the Japs, the sooner we figured we could go home! 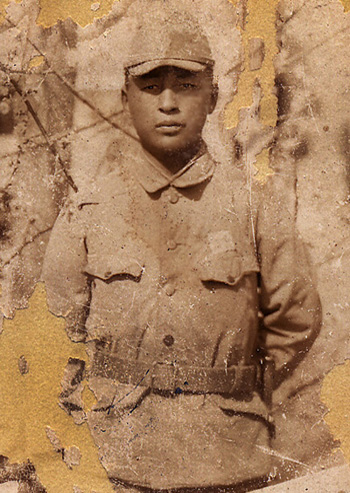 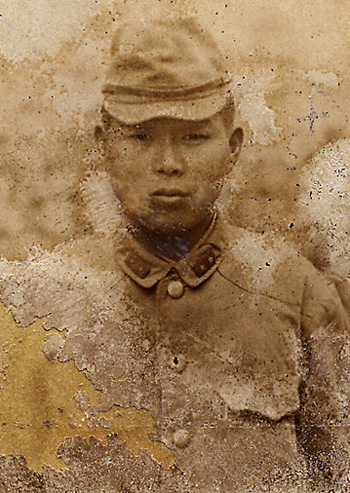 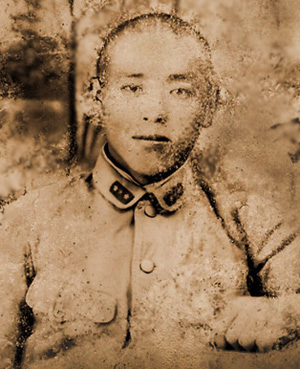 Not that there wasn’t atrocities on both sides: there was our rifleman Arsen Avegian, who had heard that the Japanese had a religious superstition that made them desire to be cremated in one piece; henceforth with his machete he would behead all Jap corpses that he found, and viciously boot the heads off into the brush. He claimed it would have a demoralizing effect on the enemy. Personally, I think he just hated them… The Lieutenant eventually noticed Avegian’s ‘strange behavior’, and sent him back to Division HQ for a rest. He never did make it back up to the line; perhaps he was reassigned to some sort of non-combat duty.

One day an officer comes around from HQ, he’s selling War Bonds: “Back the Attack” and all this crap. Now it’s not enough we’re fighting this war, getting sick and wounded and dying and eaten, we gotta pay for it too!!! He starts telling us how each bullet we shoot costs the government 12 cents, and each hand grenade cost six dollars! From then on, every time one of us chucked a grenade, some wise ass would pipe up:
“There goes six bucks!”

I was in New Guinea for around nine months in total; in that time I saw very few Jap prisoners. One time after a battle where we had overrun an enemy position, enemy dead all over the place and there’s this Jap sitting there, speaking perfect English, and the Lieutenant is interrogating him: “What were your orders?” He answers: “Hold the Position! Never Surrender! Fight to the Last Man!” So the LT says “Well, why the hell are you still here?” The lone Jap has this funny look in his eyes as he replies “I’m the Last Man…” 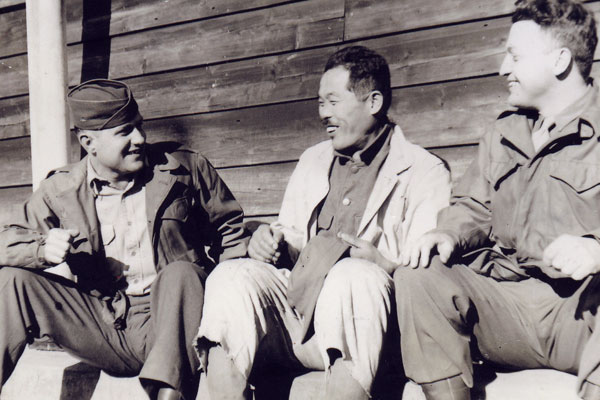